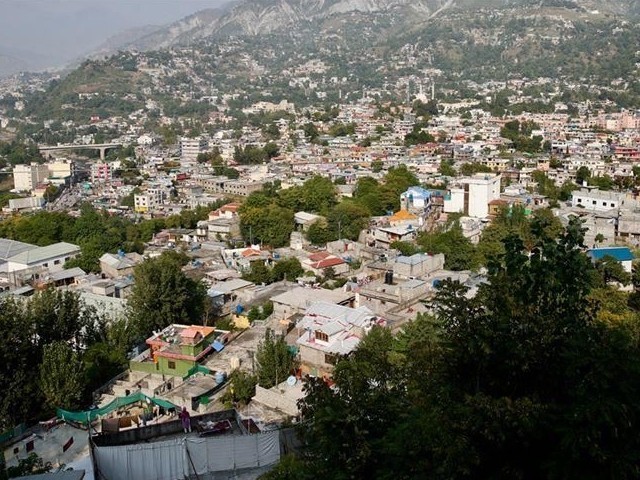 With the onset of spring, the tree, known locally as Russi Frass, releases pollen in the form of cotton tufts, leading to breathlessness in some people. But experts say, there was no scientific study to back the claim that these pollens could exacerbate respiratory diseases or transmit COVID-19 pandemic.

Both farmers and environmentalists in the region are up against the government decision, describing it as a manmade ecological disaster and depriving thousands of livelihoods.

How will the new domicile law impact Kashmir?

According to official records, the region is home to 20 million poplar trees also known as North American Cotton Tree (NACT). It was introduced in 1982 through a world bank aided social forestry project to boost the local economy by addressing to the wood requirement and also help in afforestation. The tree has since then become a major part of Kashmir’s landscape and green cover.

“We cannot cut down these trees at such a mass scale. It will be an ecological disaster,” Mohammad Muheem, a botanist in the region, told Anadolu Agency.

He said that the axing of these trees will have a cascading effect on the habitat of many birds and animals.

“The decision amounts to an ecological disaster. It will also contribute to soil erosion and reduce oxygen levels. Who will compensate all this and the loss of green cover? “asked Muheem.

No scientific study to back claim

In 2014, following a court direction, the government cut down 26,000 such trees. The court was acting on a petition, claiming that pollens are creating respiratory problems. But researchers at a local medical college describe it an exaggerated claim.

In a study, they have found that respiratory diseases were more due to dust particles suspended inside households.

A pulmonologist while partly agreeing with the government move said while there is a possibility of contracting respiratory infection, it was better to prune the trees rather than cutting them down.

“At this point, any respiratory problem is a panic button amid the given situation so it will be an additional risk,” he said.

Since COVID-19 has been notified as a disaster under the National Disaster Management Act, a person not following government orders related to prevention or treatment of diseases invokes penalty or jail sentence.

Speaking to Anadolu Agency, Muneeb Mukhtar, working in the horticulture sector said the tree is being singled out for short-sighted reasons.

“All trees shed pollens during their flowering season but it is only poplar tree which has become an eyesore,” said Mukhtar.

The poplar tree known for its low-cost timber is used for roofing rafters and making crates to transport valuable horticultural produce like apples, pears, and peaches. Shaban Akbar, a farmer in Pulwama district said the government was axing on the livelihood of poor by ordering mass cutting of these trees.