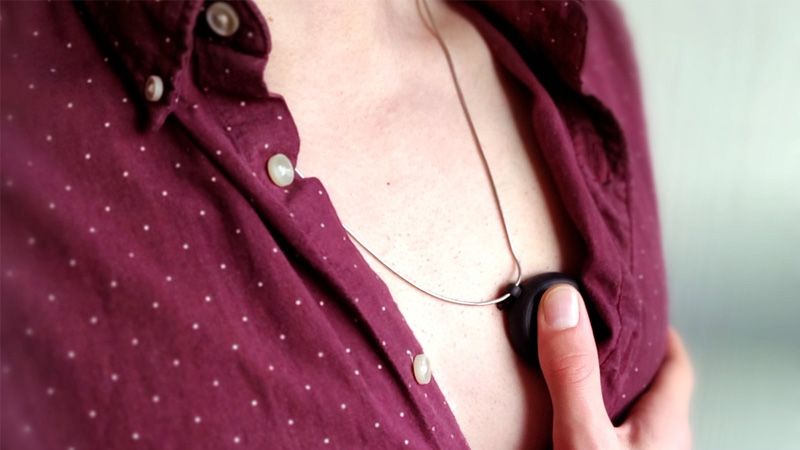 An abnormal
heart rhythm known as atrial fibrillation is one of the leading causes of strokes, yet it’s also often symptomless, so it frequently goes undetected. An experimental new necklace, however, could make checking for it a quick and simple process. Developed by a team at the University of Eastern Finland, the necklace features a pendant that incorporates a single-lead ECG (electrocardiogram). It’s intended to be worn at all times, by people who are at risk of atrial fibrillation. Periodically, wearers are able to check the electrical activity of their heart simply by launching an accompanying smartphone app, then either holding the pendant between their palms, or pressing it between one palm and their chest. In either case, they do so for 30 seconds. Via the app, heart rhythm data transmitted from the ECG is sent to a cloud-based server, where artificial intelligence-based algorithms are used to analyze it.