A lecturer of the University of Kotli Azad Jammu and Kashmir was sacked after an investigation team found him guilty of harassing a second-year student. 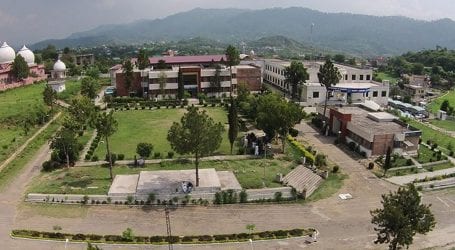 According to the university spokesman, on December 2019, a second-year female student submitted an application to the varsity’s Vice-Chancellor Professor Dr Syed Dilnawaz about the harassment.

The female student had accused the physics lecturer, Muhammad Saeed of harassing her. After receiving complaint against lecturer, the   Vice-Chancellor formed a five-member investigation team to probe the matter.

The committee found the lecturer guilty after recording the statements of the woman who levelled the allegations, the accused lecturer, various male and female students, and some of the university’s staff.

A notification issued by the university administration stated Saeed had been fired after being found guilty of harassment.

The university administration has told that they had also informed Azad Jammu and Kashmir President Sardar Masood Khan, who is also the university’s chancellor, about the decision.

Another polio case emerges in Sindh

Efforts being made to arrest TTP former spokesman: minister