Prime Minister Imran Khan has met Azerbaijan President, Ilham Aliyev on the sidelines of the World Economic Forum in Switzerland. 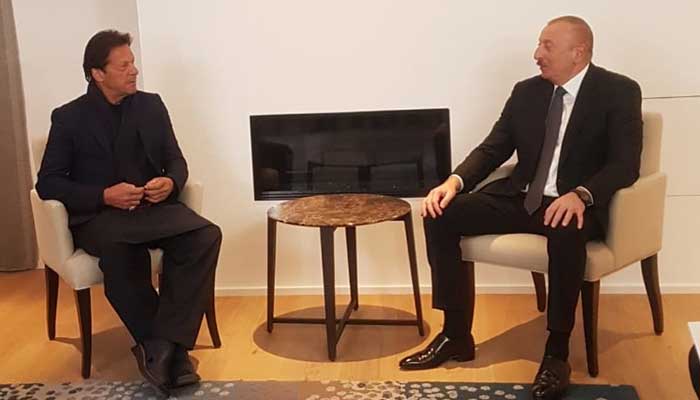 Imran Khan and Ilham Aliyev discussed the matters of mutual support and brotherly bilateral ties in the meeting. Both reiterated mutual support for each other’s national causes and resolved to further deepen bilateral relations in all fields.

“The two leaders discussed the whole spectrum of bilateral relations that are marked by mutual trust and support,” the statement mentioned.

The Prime Minister updated President Aliyev on the grave and systematic human rights violations in the Indian Occupied Jammu and Kashmir as well as the devastating impact of the Indian Government’s unilateral and illegal actions of August 5, 2019.

It was also agreed to maintain frequent bilateral exchanges, including at the highest level.
President Aliyev invited Prime Minister Khan to visit Azerbaijan.

PM Khan is in Switzerland for the World Economic Forum 2020. Earlier, he also met US President Donald Trump, who renewed his offer to mediate between Pakistan and India on the Kashmir dispute. They also discussed progress in the Afghan peace process.

‘Pakistan has effective drug for COVID-19’