Shireen Mazari, Federal Minister for Human Rights said that India is upping the ante against Pakistan in terms of arms build-up. 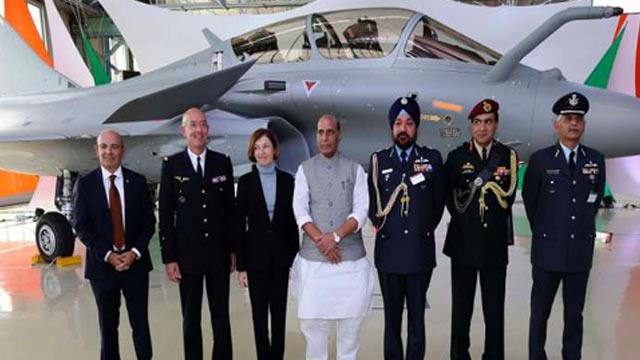 While sharing a news report about France speeding up Rafale fighter jet deliveries to India on her official Twitter handle, Shireen Mazari said that “Armed to the teeth but against whom? After its humiliation by China these planes won’t make a difference in terms of the China-India equation.

Armed to the teeth but against whom? After its humiliation by China these planes won’t make a difference in terms of the China-India equation. So clearly India upping the ante against Pak in terms of weapons build up! Still bruising over Balakot too!https://t.co/XMleU8dymG

Shah Mehmood Qureshi said that India is consistently intervening into Balochistan province of Pakistan in order to destabilise the country.

He said that India is also affecting the ongoing peace efforts in Afghanistan. The foreign minister said that he has apprised US special envoy Zalmay Khalilzad regarding the nefarious designs of India.

In order to divert public attention from its internal crisis, India is sponsoring terrorism attacks, said Qureshi, adding that the neighbouring country had also staged a drama in the name of Pulwama incident to divert world’s attention from the atrocities in occupied Jammu and Kashmir.